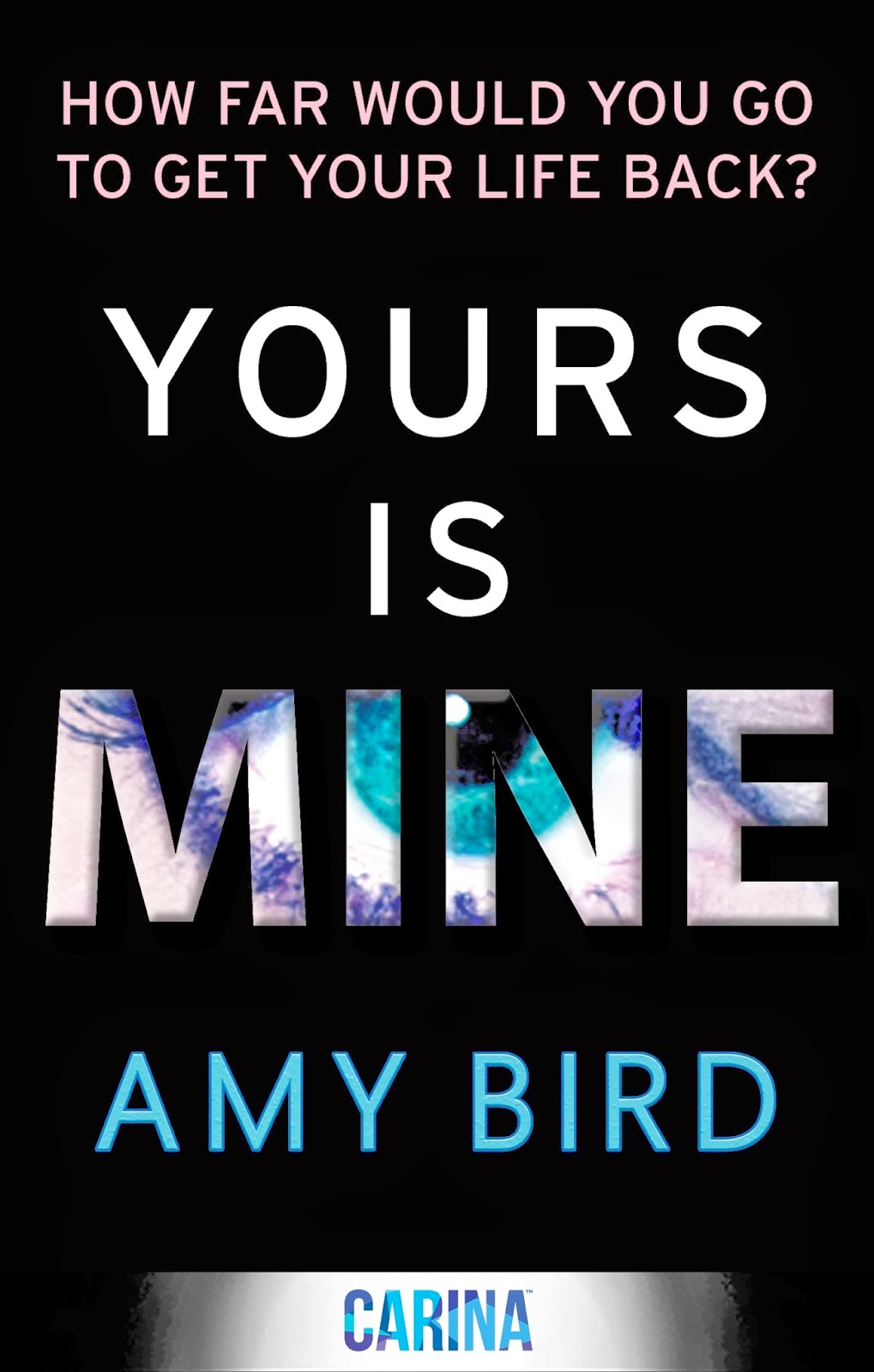 Hello, Amy - your debut novel, Yours is Mine, which was published last July by CarinaUK, features a life-exchange . Two women swap lives for 3 months - a bit like Gemma pretending to be Abbey in Doubting Abbey - but one of your characters has evil intent. Can you give us a brief synopsis, without giving away the plot-ending?

Kate, our protagonist, is persuaded to participate in the ‘experiment’ of swapping identities, thinking it is part of a PhD study, and that it will help get her spark back while her military husband is overseas. The other woman, Anna, who planned it all, has a very different motivation, which unfortunately only becomes clear too late for our heroine. Gaps start appearing in Anna’s cover story, but Kate is too busy enjoying Anna’s life to notice. In particular, she is enjoying flirting with Ben, a fellow student in a drama class that Anna signed up to but hadn’t previously attended. When Kate succumbs utterly to Ben’s charms, despite her marriage, a chain of events unfolds that reveals the real reason behind the ‘experiment’. And that Kate getting her own life back will not be so simple as she thought.

In Doubting Abbey, Gemma has to pass herself off as aristocratic friend Abbey, for two weeks - but is helped by the fact that she knows her friend inside out, looks vaguely like her - plus the people she has to fool haven't seen the real Abbey for years anyone, due to a family estrangement.
How on earth do your two characters pull off the life-exchange?

Anna, the antagonist, has planned it all very well. There is nothing in her life in London that will require Kate to pass herself off as Anna to people who know Anna really well. There are the usual gyms, doctors’ surgeries and dry cleaners to contend with, but the women are both brunette and of a similar build, so detection is avoided. Anna asks Kate to ‘keep warm’ a romance – but it is an on-line one, so again, their secret is safe. Anna works (she says) as a freelance proofreader and is on a research break from her thesis. So again, no interaction. From Kate’s point of view, she is working remotely up in Northumberland, following the death of her father, and is only communicating with her employers through phone and post. The relationship with her own husband is long-distance, and (for reasons that become clear) only by email, so Anna just has to adopt Kate’s epistolary style. Or, indeed, to make it her own. But Anna has researched everything well, so she knows exactly what route to take. So convincing is Anna’s subterfuge that even when she stops trying to mimic Kate, the pretence has become so real that Kate’s life is threatened with destruction. 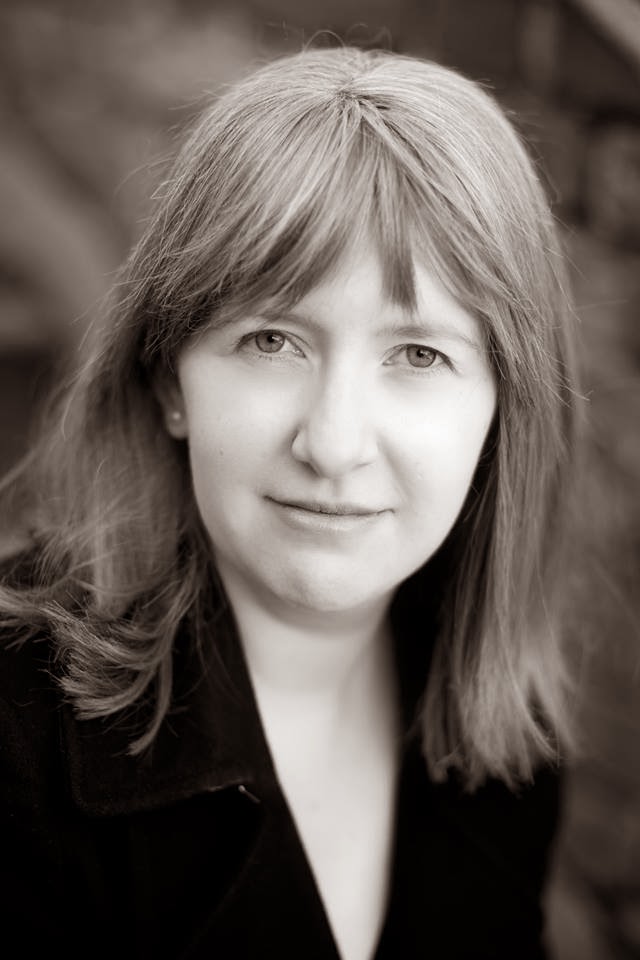 I agree that encouraging a reader to suspend their disbelief is a big challenge with this sort of story. You either buy the premise, or you don’t. The big thing for the reader to get their head round is that Kate would agree to surrender her identity. She is in a very vulnerable place. She has just nursed her father through terminal cancer, all alone up in isolated Northumberland, and her military husband has gone away overseas. Add to that a degree of naivety, and it becomes possible to imagine her taking up an invitation that seems to allow her a temporary escape from her current existence. She wants it to be genuine. Plus Anna can be very convincing. I think also, in a thriller-meets-chicklit like Yours is Mine, part of the excitement for the reader is knowing that the set-up can’t be genuine, and the tension rises as the protagonist gradually starts to realise it too. As one reviewer very kindly put it, the book has ‘the deliciousness of those horror movies where you find yourself shouting at the screen “don’t go into the darkened basement to investigate the strange noise, you silly woman”’. Whether or not the reader has suspended their disbelief, Kate certainly has, and therein lies the danger.

If you could swap lives with anyone famous, who would it be and why?

Gillian Flynn, author of Gone Girl, seems to be doing quite well, and we would both still get to write thrillers. So I can see that working…

Some of the best comedy books, in my opinion, thrust the main character into an unfamiliar environment - such as a life exchange - what do you think is characteristic of some of the best thrillers?

I think the same can be said for thrillers, but in a different way. If you look at Gone Girl, or Before I Go To Sleep, or even classics like Rebecca or The Ministry of Fear, the protagonist is taken out of their ordinary world and finds themselves in a situation or environment that is unknown to them. They must then survive – or not. What’s doubly scary about Yours is Mine is that Kate’s own life ultimately becomes unfamiliar territory. When she tries to reclaim her existence, she finds it is all altered. She must again battle to survive.

Thanks so much for joining me today, Amy and good luck with your new book,  Three Steps Behind You!

The blurb for Yours is Mine:

How far would you go to get your life back?

Kate Dixon is miserable. So when an email arrives from psychology student Anna, offering her a no-strings-attached, three month long life-exchange, she jumps at the chance. After all: what has she got to lose?

But she doesn’t bank on how much Anna has invested in the swap. How long she’s been watching, putting her immaculate plan together as she waits to enter Kate’s life. And as more comes to light about Anna’s past, Kate finds herself in a desperate race to protect all she holds dear.

Leaving your life in someone else’s hands is a dangerous game; Kate’s about to find out just how seriously her opponent is playing.

Yours is Mine is Amy Bird’s debut novel, part of a three-book deal with CarinaUK. It became a bestseller on both sides of the Atlantic, reaching the coveted No. 1 spot in the Amazon.com Women’s Crime chart. Amy has an M.A. in Creative Writing from Birkbeck and is an alumna of Faber Academy. Born in Hampstead, but raised in the North East of England, Amy has now returned North London, where she lives with her husband, dividing her energies between writing and working part-time as a lawyer. Her second book, psychological thriller Three Steps Behind You, the tale of a crime writer who believes he has to experience everything in order to write about it, is out now.

Why not buy Yours is Mine here in UK or here in US?!