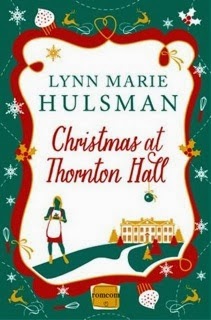 Hello Lynn, great to have you visit my Doubting Abbey blog! I hope you enjoyed the Downton Xmas special as much as I did -  particularly the ending with Mrs Hughes and Carson in the waves! I'm wondering if we can e expect a Lady Chatterley- esque affair between Edith and the farmer...!

Which character out of the series would you love to take the credit for creating? I’d love to have thought up those sharp put-downs given to the Dowager Countess!
There's no denying that the Dowager Countess has the best one-liners, and perhaps the sharpest point of view. She's so quotable! How could anyone NOT love her? There's another great character on the other side of the green baize door, though, who is richer and more well drawn in my opinion: Daisy. As a kitchen maid, she has little power and little chance for advancement. She's offered a chance to marry a servant whose father has a little money and property, but doesn't jump at the chance because she feels it's immoral. She considers long and hard before deciding that the kindest thing to do it to give him his dying wish. When she later falls in unrequited love with Alfred, she models the ideal of "if you love something, let it go" and finds a way to wish him well when he chooses a future that has nothing to do with her. For an innocent, uneducated girl of the time, she shows great introspection and wisdom.
Yes, it is wonderful watching Daisy mature, as the series progresses... So who is your favourite character out of your own novel, Christmas at Thornton Hall?
Without a doubt, it's Juliet, the protagonist. She's a young woman with a lot of strength and a lot of skills. She's at a crossroads in her life. Characters facing forks in the road, struggling with choices, are my favorites. She makes a lot of rookie mistakes on her journey, and has to live with the consequences. She learns as she navigates and effects change.
My debut novel Doubting Abbey features a stately home, Applebridge Hall… Can you tell us a bit about your own creation, Thornton Hall?
Thornton Hall exists only in my head, but I can see every door, stair, and archway. The drive off of the main road to the house is impossibly long as the family owns acres upon acres of land. It's a stately home in the Cotswolds featuring the duality of inherited English country houses: It's at once luxurious and crumbling. Stocked with ancient rugs, heirloom silver, and antique furniture, it's walls are filled with mice and the floorboards creak and complain from age. Money, however, allows the family to kit it out with modern conveniences such as a top-shelf Aga, specialty ice-makers, central heating, and a fleet of cars and trucks for every occasion. There's a fireplace in nearly every room, and there's so much fine wood, leather, and flagstone, that it could be mistaken for a gentleman's smoking club. The land is populated with outbuildings, such as cottages for the staff, a slightly less stately home for the family to branch out into, an apple store, stables, and even an orangerie. I certainly wouldn't mind staying in one of the bedrooms outfitted with ultra-high thread count sheets, or cuddling up to read with a hot toddy in the library.
It sounds like the perfect destination for a weekend break! 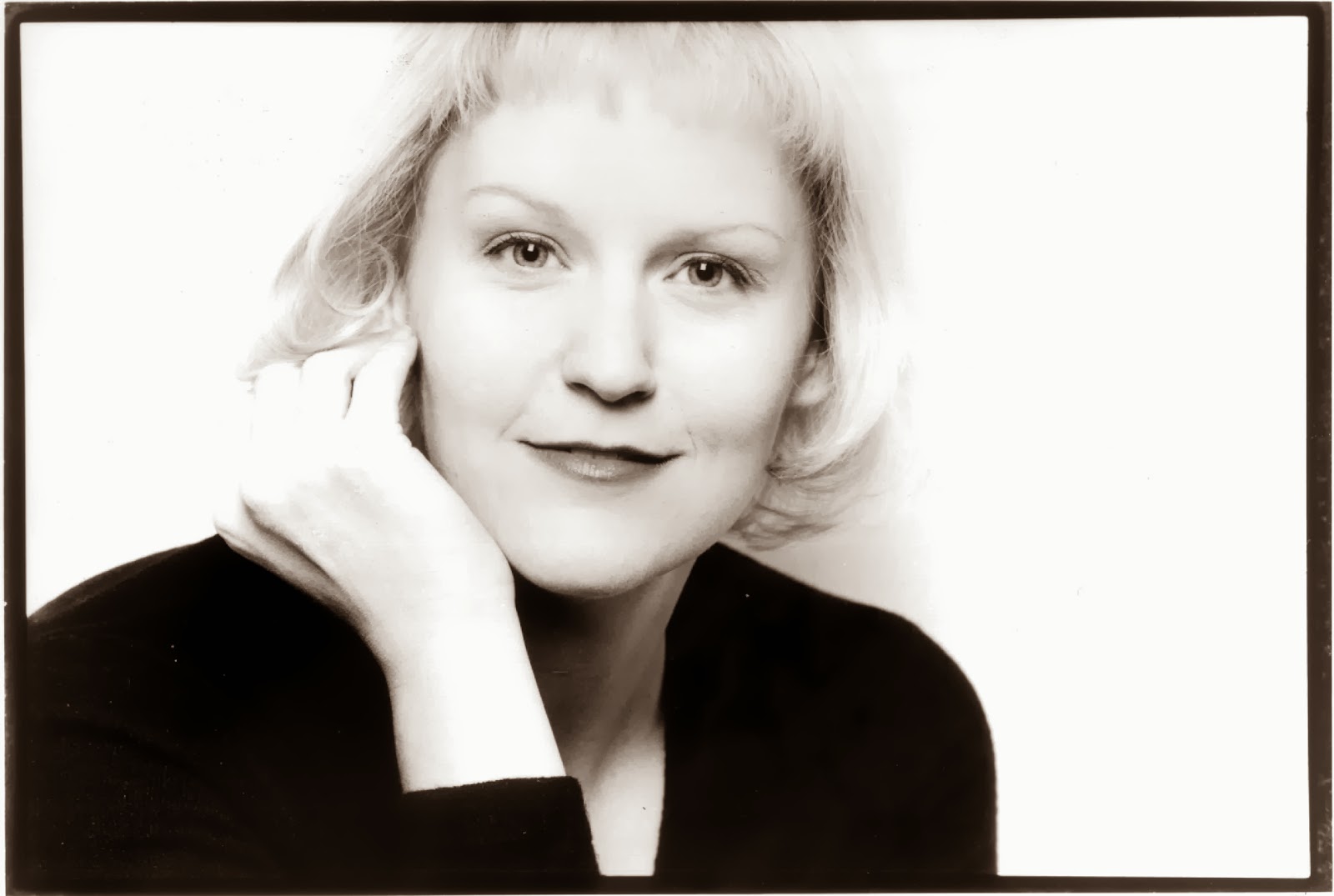 Which male character out of Downton attracts your romantic attention, and can you tell us a bit about your novel’s hero?
My ego says Lord Grantham, because like all women I fancy myself to be so special that I could unmelt the heart of someone proper who wears his emotions close to his vest if given half a chance. I think he's handsome, and alpha. You can't argue with that as an attractive combination. My middle-class upbringing, however, launches me toward Branson. His bravery in flouting convention, and the strength of his ideals are as attractive to me as they were to Lady Sibyl. My novel has two heroes, arguably. Our girl, Juliet, thinks with her body and her emotions more often than she does with her head. One object of her curious desire is Jasper Roth, a powerful American banker who knows his own mind and takes what he wants. She delights in knowing that she is something he wants, but cannot snap his fingers or pull out his wallet to acquire. The other magnet for her attention is Edward, the Hall's head chef. Ex-military, he's a renegade with tattoos and his own morality, but he knows the rules and how to navigate within their parameters. He's a heady combo of the perfect soldier and servant and outlier.
Funnily enough the hero in Doubting Abbey is also called Edward...!

Would you rather live upstairs or downstairs?
While I think it's more interesting downstairs because the folk there don't have to worry as much about societal constructs. However, as I answer these questions, I'm just really tired. Lots of holiday cooking, cleaning, driving, and unpacking has left me depleted. So, today I would most decidedly like to be upstairs. I want someone to bring me tea, lay out my dinner, and dust the corners of my house. Even if it means I have to put on a ball gown the minute I step out of bed.
Who do you root for most - Edith or Mary?
Edith! Poor girl. She's the Jan Brady or the Fredo Corleone of the Crawley family. The horrors Mary has visited upon her, thwarting her chances at happiness with men, incense me. Mary already has high status. She doesn't need to lower Edith's. I like that she began as so meek and unsure, and it now beginning to see that she deserves her slice of the pie, even if it comes at the cost of other peoples' comfort.
Who would you prefer to employ as your personal chef - Mrs Patmore or Daisy?
I can't see breaking them up. I'd pay whatever it would take to keep them as a team.
Julian Fellowes is also an actor – are you creative in any other way, apart from writing?
Yes, I'm a performer.I left college with a double major in theatre and English. I did an apprenticeship at The Williamstown Theater Festival and had a chance to work with Austin Pendleton, Frank Langella, Ed Begley, Jr., James Whitmore, and other greats. I co-founded an all-femail sketch comedy group that performed at Caroline's and headlined at the Austin, TX Big Stinkin' Comedy Festival. I did stand-up for years, and hosted shows at Don't Tell Mama and Rose's Turn. Currently, I'm the artistic director of ComedySportz New York, an improv company that does both training and performance. On the home front, I cook and bake, and am happy to have had the opportunity to co-write and write cookbooks.

That sounds really interesting, Lynn Marie! Thanks so much for joining me and best of luck with your book!
Thank you for having me, Sam! I'm so excited that Rom Com and Chick Lit is making a comeback with new presses, new authors, and new books like Doubting Abbey.

Why not buy Christmas at Thornton Hall, published by digital-first Harper Impulse, here.

"At 28, Juliet Hill is finally ready to be a grown-up. Her New Year's plan of leaving behind a career as chef to the rich and famous in order and go back for her Ph. D in psychology is sure to satisfy both her ultra-logical psychiatrist mom and her buttoned-up lawyer boyfriend. She'll be on the right road to stability right after one last Christmas stint in private service at Thornton Hall, arguably one of the grandest estates in the swanky Cotswolds region of England (think The Hamptons, but with thatched roofs).
Unfortunately, true to her nature, she can't convince her brain to override her heart when sticky situations arise involving lies, paternity, a one-night stand and poison mushrooms! Is a sane and predictable life in the cards for our passionate pastry prepper? Can this creative girl toe the line, leaving her secret spice blends and unpredictable men behind? On the road to womanhood, sometimes decisions are made for us, and other times we have to cook up our own destiny. Join Juliet's journey as she straddles the line between romance and reason."